.270 ammo is getting better but at times can be hard to find. I would offer the .308 option as far as calibers. Tikka or Bergera for rifles. On the Bergera, I second whoever said get one that is cerakoted on the barrel and action. The bluing sucks.

Another vote for tikka
D

I do not own a Tikka but know they get a lot of love.
I have a Browning X-bolt in .308 that I love topped with a Leupold (Can't remember which model but has CDS dial).
.270 I have in Remington 700, just a bit heavy. Killed a lot of deer with that gun. Still prefer the .308

Could also have him consider the 6.8 Western in a Winchester XPR (cheaper) or Browning X-Bolt if he ever has plans for going out west. It's a .270 that shoots heavier grain loads. Probably will be my next rifle purchase.
B

Browning AB3 stalker and they had and may still have units with scopes already mounted,
R

Sounds like he's a casual hunter, a "casual" rifle with decent optics would be the route take.

Have a Rugar American in 6.8mm-06 among other brands and calibers. It's a tack driver of a rifle and comfortable to shoot.

Tikka, Bergara, Howa, or Ruger. All will be accurate enough for giving the deer hell a few times a year.

Like someone else mentioned, .270 ammo is starting to show up on shelves but isn't widely available yet, nor is there a variety to be had.

I'd go with .308. It's always on the shelf and there is a plethora of different brands/types to choose from.
Y

A lot of love for Tikka on here. They are hard to beat.

Winchester 70, Remington 700, Browning X-bolt, etc. It's hard to go wrong with any of those. He should go to the local gun store and handle and shoulder a few to see which one fits better, the action, trigger, etc.

.270 is a great round. Absolutely nothing wrong with that one.
OP

Wow, this was an overwhelming response. Thanks, gang. This is super helpful!

DINforlife said:
Hey gang,
I got an interesting question from a friend and thought I'd toss it out to the wider collective knowledge base.

A good friend of mine texted me yesterday and said he was looking at hunting rifles and wanted to know what he needed to be considering. My first reply was, 'What is your price point?" His reply? "I'm not really sure." Turns out, he had received a call from his grandfather-in-law, who told him to pick out a hunting rifle and to consider it his Christmas gift.

Context: My friend hunts turkey and deer maybe two or three times a year on his GFIL's (grandfather-in-law) property and uses one of the rifles they keep there (a .270, the round he wishes to stick with). Unless something drastically changes, he's not a gear guy and doesn't really go down the rabbit hole on anything, unlike most of us on here. His reply to why he's shooting a specific brand of ammo will most likely be, "Because it was what they had at the store down the road." So...not obsessive about his gear. Having said that, he does understand and appreciate quality and wants to get something a step up from the "intro" lines that most companies make. His GFIL has money and is generous with it, so $1k to $1500 for a rifle would be a drop in the bucket, but my friend wants to be conscious about not trying to take advantage of his GFIL's generosity (as other family members have done in the past).

I throw this out to y'all because between 2 two year old, a job change, and another kid about to arrive, I've spent the last two years just cruising with what I have (Rem 700 in 30-06) and haven't been plugged into the wider hunting rifle world, so to speak, and don't want to give him outdated info limited by just my experience.

So any suggestions on rifle manufacturers that have served y'all well will be greatly appreciated. Thanks, folks!
Click to expand...

Winchester model 70. Buy the grade that fits, get it bedded, put a leupold on it and call it done

Does he like the one he borrows? If it was me, and the .270 he uses was part of his Grandfather-in-laws stable for a long time, I'd go with the sentimental end of things and ask if I could have that one.

roadrunner said:
Sounds like he's a casual hunter, a "casual" rifle with decent optics would be the route take.

Have a Rugar American in 6.8mm-06 among other brands and calibers. It's a tack driver of a rifle and comfortable to shoot.
Click to expand... 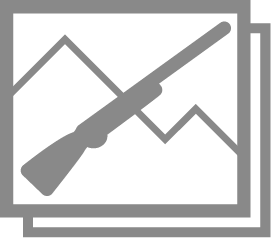 This would be my go to at that price point.
L

Tikka stainless T3X. They just flat shoot. I have literally never heard someone say they had a Tikka that wouldn’t shoot. My T3x with a proof barrel is a 1/2” gun all day.
M

Rocky723 said:
Bergara ridge series or whatever you prefer from them, Browning X-Bolt, Tikka T3x, Weatherby Vanguard, those would be my few choices to look into.
Click to expand...

2nd Bergara. I’ve been a tikka and Sako fanatic for last 7 years but my first Bergara is more rifle for the money than my tikkas or sakos.

I would recommend your friend give the GFIL several options. Then it’s a) easier for the GFIL to locate a rifle as he has many options to choose from, b) and at different price points your friend won’t have to feel like he is taking advantage of his GFIL.

matthewbwinter said:
2nd Bergara. I’ve been a tikka and Sako fanatic for last 7 years but my first Bergara is more rifle for the money than my tikkas or sakos.
Click to expand...

Absolutely oh and don't forget their customer service as far as I've experienced is amazing!!
You must log in or register to reply here.

C
Gun Gifts From a Friend

Some christensen rifles can't be rebarreled...?