Nailed a little button buck out of a group of does. Good shooting, bad glassing. They were in an unexpected spot and I should’ve spent more time just looking at them. But he’s mine and he’s delicious. Northern Lower Peninsula Michigan. We ended up with 8 in total between 6 hunters. The nice buck in the center was shot by my nephew with my dad's 760 in 30.06. It's the first deer shot with that rifle since 1974. 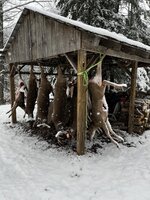 Whacked this big ol’ girl opening weekend of rifle in WI. Only saw one shooter buck the whole time, but of course he showed up 45 minutes after shooting time when I was waiting around to get down.

Restocked the freezer with a few more does though and saw a TON of deer so overall I am pleased. 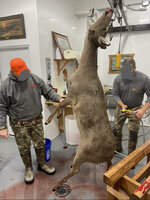 I'm late to the party as usual...took this in SE MN back in late October.

My wife and I with our 2022 Pennsylvania Archery Bucks 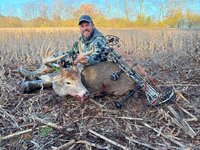 Thanks. Shot him on a scrape. My biggest one yet

Annual 10 day trip to northern Alberta for Whitetails. Got my buck (Darren - the top picture) early on day 2. He came by at 25 yards and, with the combination of brush and a gray morning, I had a difficult time deciding if he was a shooter - especially so early in our hunt. Score doesn't really matter, but we do try to find mature deer. When he walked through a small window in the timber I could see the big frame, 2 drops on the right beam and the overall look of a mature deer. Even early, that look was enough and I pulled the trigger. Made it 40 yards, but nearly ripped his nose pad in half and damaged his eye (you can see the white eye skin in the picture). Beautiful 6x5.
Keith took his buck (bottom picture) the last hour of the last day! There were 3 of us on the hunt and we all got pretty sick after the first couple of days. Fever, bad cough...a bad Flu. Terrible timing but not much we could do. We all went out every day, but there were a couple of 'truck' days (which we hate!) where we had no energy to get into the timber. Keith developed a bad cough and, even when he had the energy to get into the woods, probably spooked most of the deer around him with his cough. A hour before last light on the last day, after a big coughing fit, sure that he spooked all the deer in the area, he was gathering his gear getting ready to leave when he heard something in the timber. He was shocked to see this heavy 6x5 come up to 40 yards. He still can't believe that happened at the very last minute! 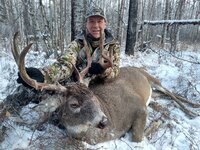 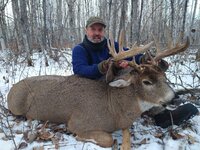 Bitter cold and 2 feet of snow made it tough but was happy to take this unique buck. Super tall and heavy. 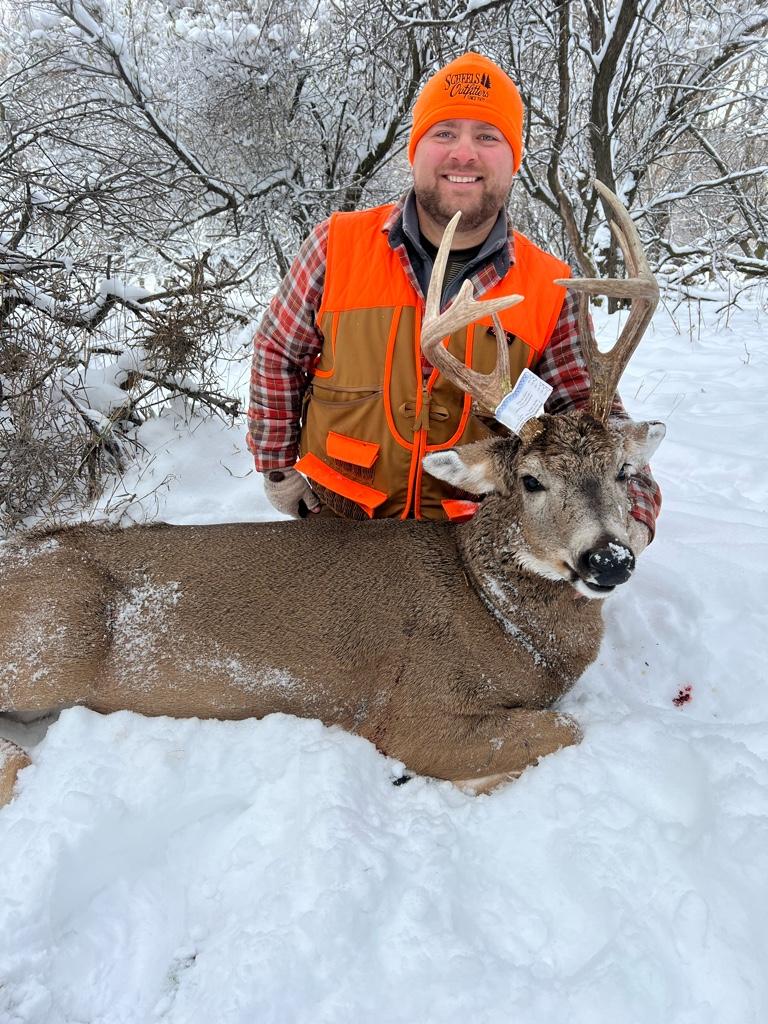 Two Arizona coues white tails. One I killed and another I packed down for an injured friend. 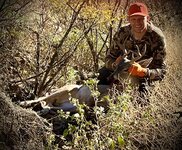 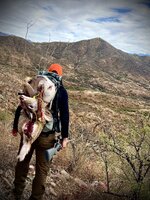 Sent from my iPhone using Tapatalk

My 2nd deer ever and first 8pt! 2 years ago was my first, a 4pt. Public land in Northern MI. Winchester Model 70 Extreme Weather MB .308 w/ Razor HD LHT 3-15 and SiCo Harvester Evo. Still over the moon. Can’t wait to get the mount back from the taxidermist next year! 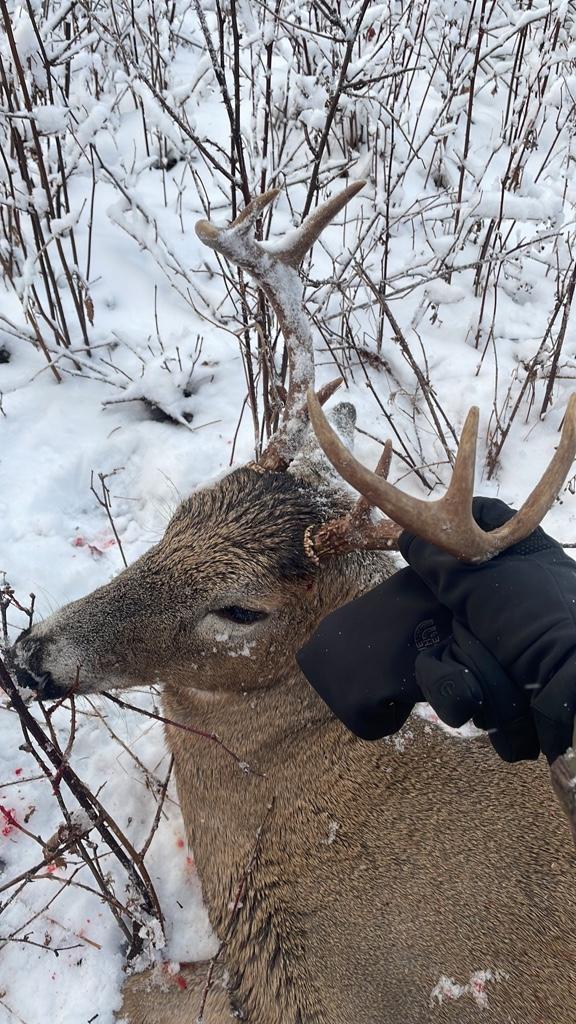 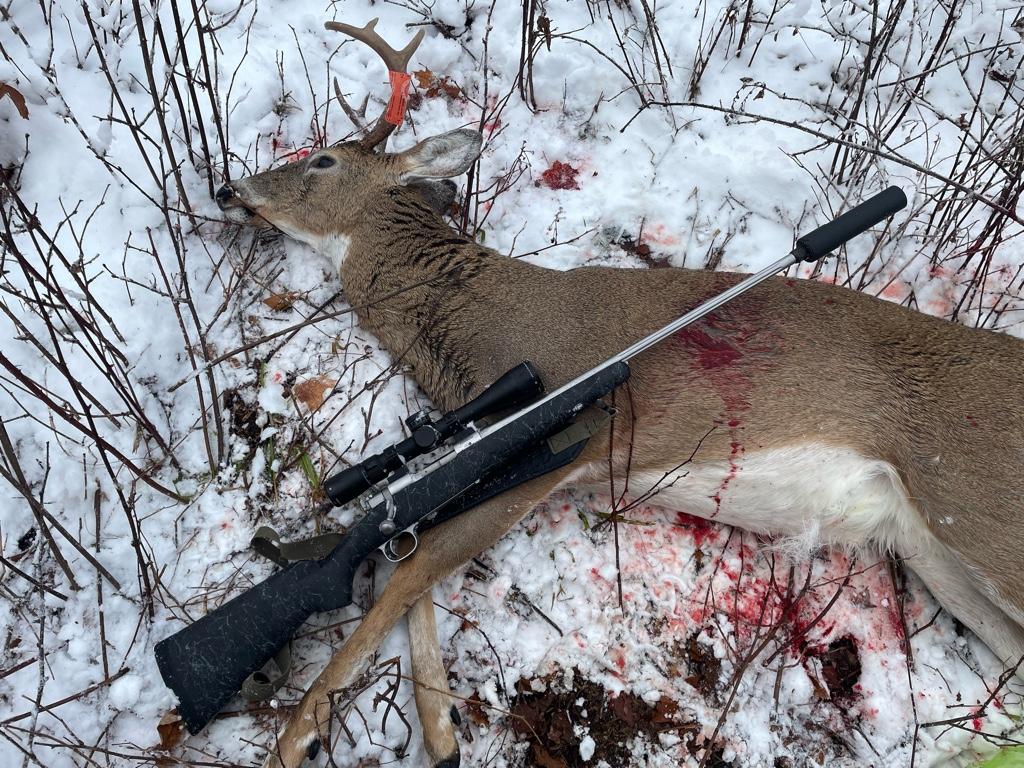 That’s a damn nice buck! Whereabouts? (North south east west sort of thing, they don’t get that big me ~60 miles west of the cities) 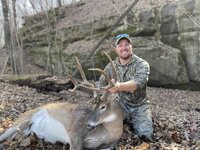 Scottyboy said:
That’s a damn nice buck! Whereabouts? (North south east west sort of thing, they don’t get that big me ~60 miles west of the cities)
Click to expand...

Thanks! Ottertail County. West Central part of the state Pretty nice texas coastal/ south texas buck. Haven’t scored him yet and had never seen him on camera. My fiancé made a great shot. 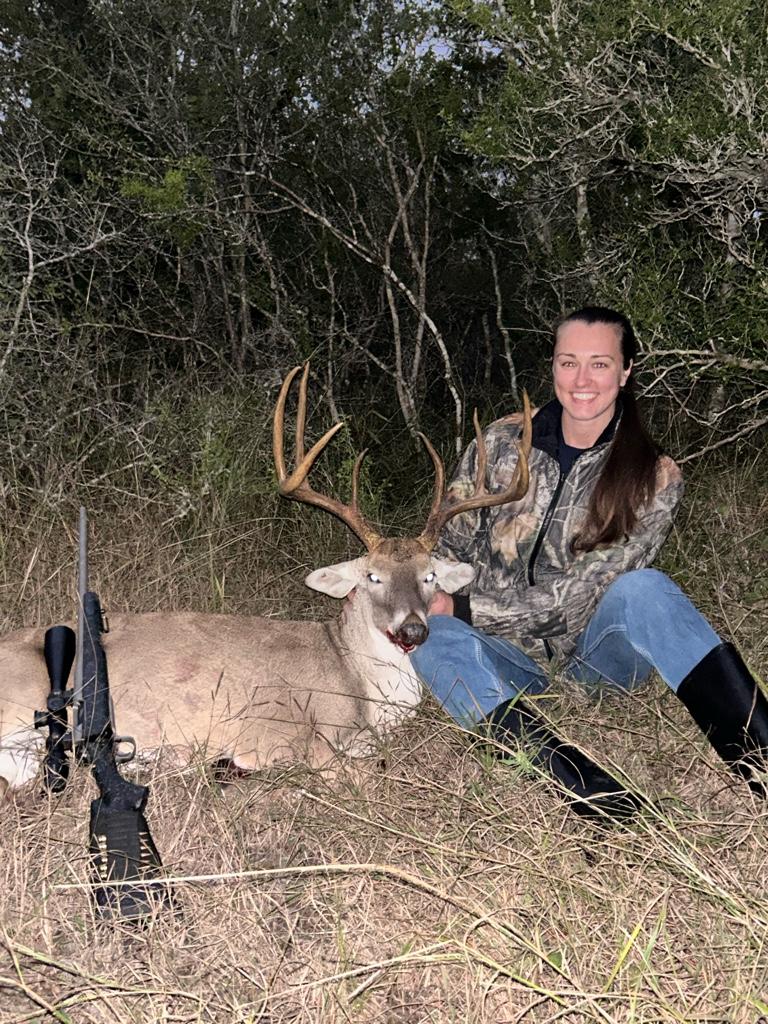 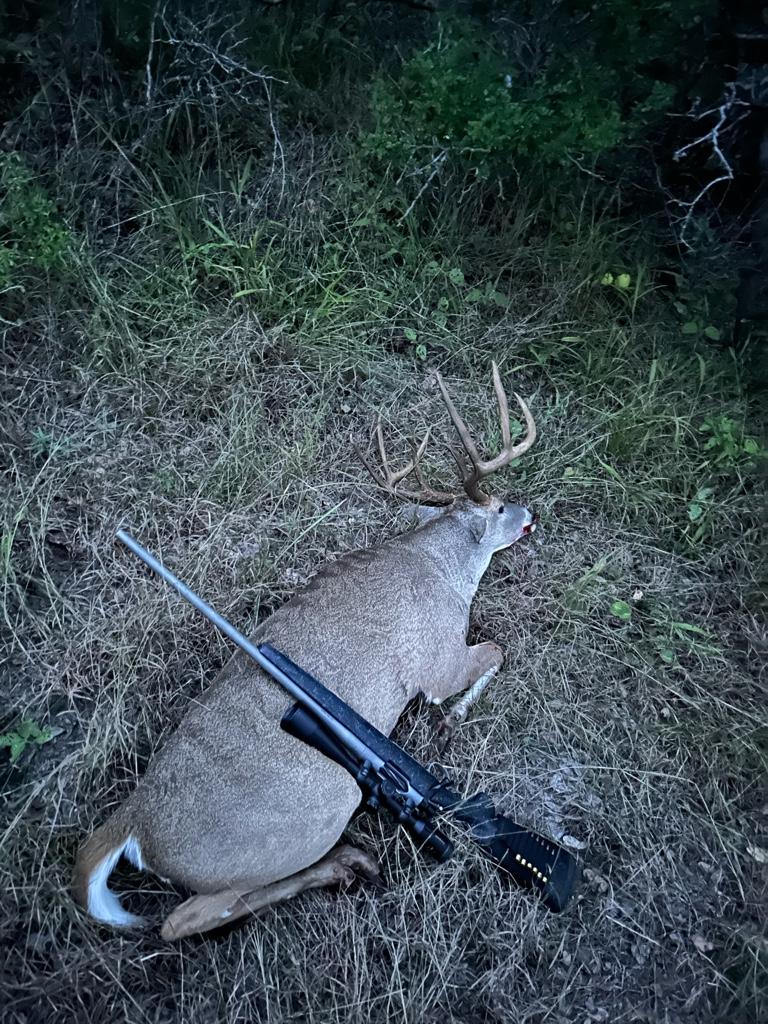