First time going through this thread so I figured I’d post what I did this morning. There’s some good workouts that have been posted and that I want to add to my quiver in the future.


Sent from my iPhone using Tapatalk 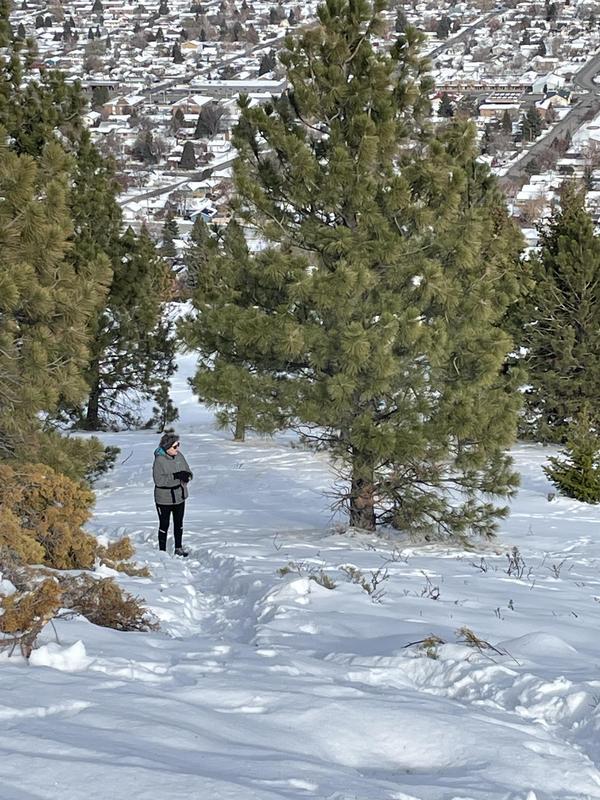 5.9 miles bow hiking looking for Mr. Blacktail this morning. Had a decent buck in range for a few minutes but couldn’t get a shot.

Man super bummed, hit a very nice buck yesterday, with what i thought was a great shot , never found him. I searched the area all day with no luck.

^ sorry to hear that- nothing sucks more; it's not limited to bowhunting
I

Split up today. I took the Mrs. just over 3000vert and 6.5mi. My oldest took his younger brother up a steeper, cliffy ridge with a before daylight stream ford. We saw a handful of bucks and my wife passed on a muley my youngest would have shot in a second. With the bulls and bucks we already have, she said she’d only shoot something real nice. She held strong to her statement. We’ll look for his sheds in March and next year he’ll definitely be a shooter.
Tomorrow is the last day of the season and the weather is supposed to be the shits. It’s been a good season.

6 miles (1200') with Tiny Elvis; I don't know if the US Army has put numbers to it- but can tell you that the caloric expenditure hiking in snow is MUCH higher than with no snow
I

Good lift and end of the season chores. Schedule is going to suck the next few weeks. PT will be whatever I can fit in. My ribs aren’t as tender, so I tried a few moves today I’ve been staying away from.
Did my full stretch/mobility warmup
4 warm up sets
Squats/Calf Raise-45/95/135/185 x 20/20/20/10
Plyos (jump squat/scissor lunge/box jump)- x 5ea

Got a couple miles in the is afternoon chasing Mr Blacktail. Ended up filing my late archery tag on a little 3 x 3 and packed it out about a mile back to the truck.

^ good deal; it'll eat better than an old one!

TripleJ said:
Ended up filing my late archery tag on a little 3 x 3
Click to expand...

Nice! Any buck with a bow is a trophy. Congratulations.

2.75-mile weighted hike with the dogs

For those of you following along or concerned: The war is over and the pecan pie is no more. I'll be honest, when I hit the front lines of battle on Thursday, I had my concerns. I had fought this foe numerous times and it's never been easy. I am proud to say that this time I came away the victor. It is true that the signs of battle are present, my pants and the scale both show signs of the war-torn wreckage that is so often left behind after things like this. But we will rebuild.
The good news is that after having witnessed the defeat of such a mighty force the cheesecake, who nearly joined forces with the pecan pie when I was at my lowest, has retreated to the freezer to live another day. I know that the day will come when I will have to step up again and fight but for now we rejoice and celebrate over what has been accomplished.
I appreciate your support in this trying time and wish you all peace and healthy eating for the days ahead.
Last edited: Nov 28, 2022

3 miles on the dreadmill

WTS Anyone else catch this deal??
2 3