Location
In a cabin, on a mountain, in "Wilderness" Alaska.

One of the biggest caribou herds in the world that sustains subsistence hunters in the Northwest Arctic has been declining for the last five years. In 2022, it shrank even more.

“It’s going to be another rough winter again this year without caribou,” Selawik resident Norma Ballot said. “It’s affecting our people, especially our elderly people, that don’t go out to hunt, and our younger people used to share” their harvest with them.

The herd is a traditional subsistence resource for Northwest Alaska, as well as the western North Slope communities, that’s healthy and affordable.

In Selawik, the animals used to come in the first half of September, Ballot said, but this fall nobody in the village has harvested their catch. Now the terrain is covered with thin ice, still not safe enough for the hunters to travel. If the animals do pass through the area this late in the fall, the caribou bulls — the primary focus for hunters — will be already in a rut that makes their meat inedible.

The caribou delay and decline comes at a time when gas prices are soaring in the region, and purchasing groceries is even more expensive. In Selawik, a gallon of cranberry juice costs $10 and a gallon of water is $13.99, Ballot said.

“Because of the price of gas, it’s hard to go hunt every day,” Ballot said. “Once somebody goes out to hunt, they now have to camp out.”

Biologists struggle to single out a leading cause of the caribou population’s decline. Increased wolf predation, changed migration patterns and climate warming affecting food sources can all influence the herd, said Brittany Sweeney, spokesperson for the Selawik National Wildlife Refuge.

Changing snow conditions and changes in the habitat, such as a decrease of lichens on the Seward Peninsula, can be other factors, said Kyle Joly, a National Park Service wildlife biologist.

“The thing that stands out the most is that we’ve had a low survival rate of adult females, adult cows,” Joly said. “What is causing that decline or lower survival rates of cows, we just don’t know. We are looking into different factors.”

The herd has also been changing its migration patterns. The caribou have been migrating almost two months later than usual from their summering grounds on the North Slope to cross the Kobuk River. Additionally, instead of coming to the Seward Peninsula, in the last couple years quite a few animals ended up in the Brooks Range, Joly said.

“Those movements are largely driven by snowfall and cold temperatures,” Joly said. “They’re making those decisions based on changing climate.”

The decline of the herd population and their migration changes are interconnected, Joly said.

Larger herds have larger migrations and use more space. When the Western Arctic Caribou Herd was at its peak back in 2003, it had the longest terrestrial migrations of any caribou herd on the planet, Joly said.

“As the herd has declined, we’ve seen these migrations get shorter and shorter,” he said. “They use less space.”

To support local subsistence hunters and protect the declining population of the herd, caribou hunting closed earlier this year in parts of Northwest Alaska. The closures affected only non-federally qualified hunters — in other words, hunters who live outside the range of the herd.

While local subsistence hunters welcomed the closures, the total number of animals harvested by the non-federally qualified users is relatively small and it’s entirely made up of bulls, so the closures did not affect the population numbers, Joly said.

Alaska Department of Fish and Game officials in a statement encouraged all caribou hunters to limit the harvest of cows.

“If it’s a female, they will just let it pass, despite the hardship at home,” she said. “We only hunt for the bulls.”

Subsistence hunters, hunting guides and conservationists in the Western Arctic Caribou Herd Working Group will meet in December to propose ideas for supporting the herd population and communities relying on caribou. 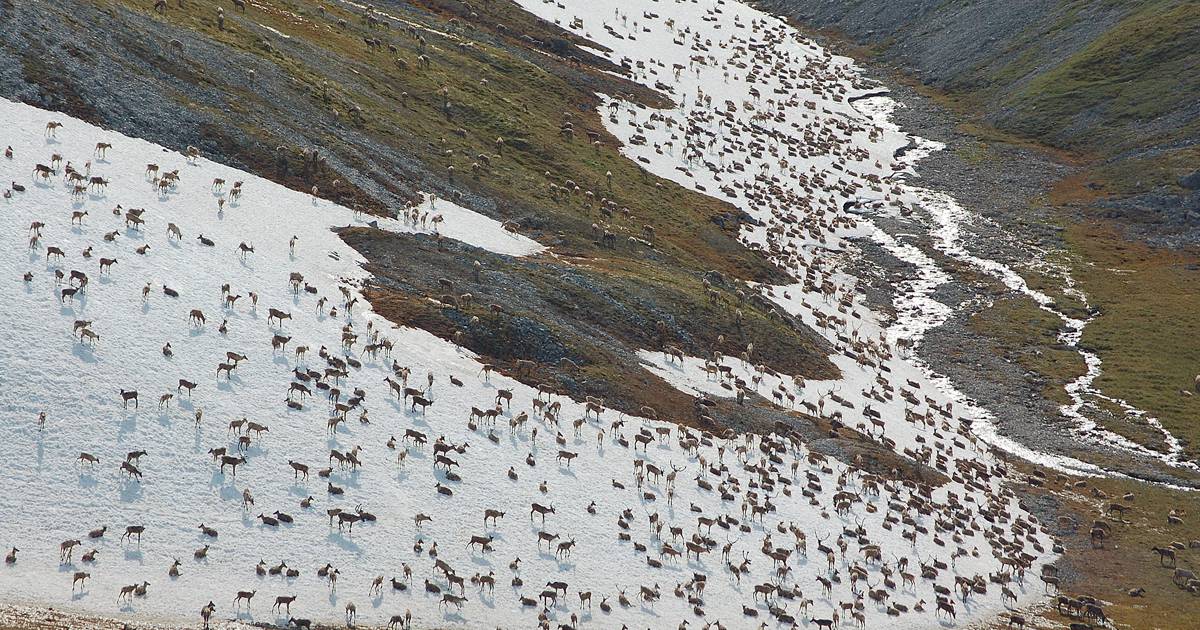 Biologists struggle to single out a leading cause of the caribou population’s decline. “It’s going to be another rough winter again this year without caribou,” Selawik resident Norma Ballot said.

So what does all this mean?
OP
S

Location
In a cabin, on a mountain, in "Wilderness" Alaska.

FSUhunter1010 said:
So what does all this mean?
Click to expand...

It means the herd has been for years dropping at a double-digit rate. Action has been progressively taken, and it is reasonable to expect continued tightening to take place. It is likely to anticipate that some users will be constrained or cut out of harvesting.

The article says that the herd shrank more in 2022 but doesn't list any population estimate for 2022.

LongWayAround said:
The article says that the herd shrank more in 2022 but doesn't list any population estimate for 2022.
Click to expand...

regional subistence take (both reported and unreported) is between 12-20,000 caribou annually the last time I was in the know. Those numbers are unsustainable and certainly must include restricting cow and calf harvests. The article I read quoted a local subsistence hunter claiming they only shoot bulls. That's never been true from my observations, especially when caribou are scarce.

We've reached a management threshold which will shape the strategies from state and federal agencies. At 165,000 total caribou I'd respect what the state decides is the best active strategy for local and non-local harvest quotas. Meanwhile though, gawd help any cows or calves that show up near villages this winter, and in times like these you can bet harvest report cards won't be filed. We all gotta do our part to conserve the herd.

They'll rebound eventually with or without our help.
C

“If it’s a female, they will just let it pass, despite the hardship at home,” she said. “We only hunt for the bulls.”

Calves were left stranded, some still trying to suckle milk from the decomposing cows two weeks after the slaughter

"The meat from at least 60 animals had been either partially wasted or not even touched, troopers said. Most still had their developing antlers intact. Calves were left stranded, some still trying to suckle milk from the decomposing cows two weeks after the slaughter."

dang. tough read. I hope to hunt caribou someday, but not soon.
R

If you hope to, make it as soon as possible.

I turned down a trip to hunt the quebec herd years ago and then they closed it. Caribou has always been priced high enough that i don’t want it that badly.
L

That one slaughter is equal to >30% of total non-local harvest from that herd spanning three GMUs. It makes my soul disappointed when these events repeat. disgusting
L

here's what I could find on an update to how the case was handled, but this is old too. gross

Some progress on the Point Hope caribou slaughter

Some progress on the Point Hope caribou slaughter
www.gboreloaded.com
A

Norma Ballot from Selawik is quoted in the OP news article that local subsistence hunters only shoot bulls. The Point Hope slaughter shows she isn't being truthful.
L

Gotcha. That Point Hope slaughter happened in 2008 though. Would hate to refuel anger and angst about the players in this region over a bad but old crime scene.
W

@Larry Bartlett do you believe there is a possibility the Fed's will shutdown 2023's hunt all together?
You must log in or register to reply here.

Any information on possible listing of caribou on CITES Appendix 1?